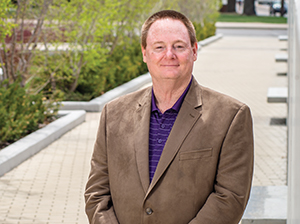 Michael R. Wiegers graduated from K-State with a bachelor’s degree in electrical engineering in 1982. After graduation, he joined King Radio in Olathe, Kansas, to design VHF aviation communication and navigation radios. During his 11-year career with King Radio, he worked in new technology areas such as flight-critical software and electronic display systems.

In 1993, Wiegers joined Garmin as the lead engineer in marine product design. During his tenure, he has served in a variety of technical and business leadership capacities in all Garmin consumer product segments.

He was named the 2018 College of Engineering Alumni Fellow at Kansas State University.