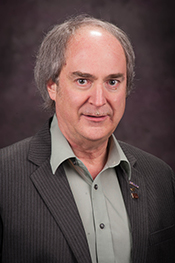 William Kuhn received the bachelor’s degree in electrical engineering from the Virginia Polytechnic Institute and State University (Virginia Tech), Blacksburg, Virginia in 1979, a master’s degree in electrical engineering from the Georgia Institute of Technology, Atlanta, Georgia in 1982, and a doctorate from Virginia Tech in 1996. From 1979 to 1981, he was with Ford Aerospace and Communications Corporation, Palo Alto, California  where he developed analog/digital/RF circuits and automated test software. In 1982 during his MSEE program, he interned at NASA's Ames Research Center in Moffet Field, California where he assessed the state-of-the-art in burst-error-correction coding technology methods and hardware solutions. From 1983-92, he was with the Georgia Tech Research Institute where he worked on radar simulation and co-developed the XSPICE mixed-mode circuit simulator. In 1996, he joined Kansas State University as an assistant professor and became a full professor in 2006. His research projects at K-State have primarily focused on radio frequency integrated circuit (RFIC) design, but have included a wide range of areas from electronic device characterization and optimization to bio-medical sensor technology development for future NASA missions. He has taught courses at both the undergraduate and graduate levels in linear systems, electronics, integrated circuits, communications theory, and radio and microwave hardware design.

Kuhn has authored and/or co-authored over 65 journal/conference papers, two book chapters and three patents. His Google Scholar h-index is 21 and his research publications have accumulated over 1,600 citations since 1990. Kuhn’s main research contributions have included coding the XSPICE mixed-mode simulator (based on Berkeley’s Spice3 simulator core), developing inductor and integrated bandpass filter technologies for wireless products, and conceiving and prototyping circuit/system designs applicable to future manned and unmanned NASA missions. He is a senior member of the IEEE and a life member of the Microwave Theory and Techniques Society. He has received over a dozen research/teaching awards including the Bradley Research Fellowship at Virginia Tech from 1993-95, the K-State College of Engineering James L. Hollis Award for Excellence in Undergraduate Teaching in 2001, HKN Distinguished Faculty awards in 2002, 2003, 2007, 2013 and 2014, a NASA group achievement award in 2009 and the Myers-Alford Memorial Teaching Award in 2015. During his 21 years at Kansas State University, he has had the honor of serving as major professor for over 30 graduate students supported by over $3M in research funding, while teaching courses to 50-100 undergraduate/graduate students per year. In 2015, he began a 5-year phased-retirement program, but remains fully engaged in both the teaching and research missions of the university.